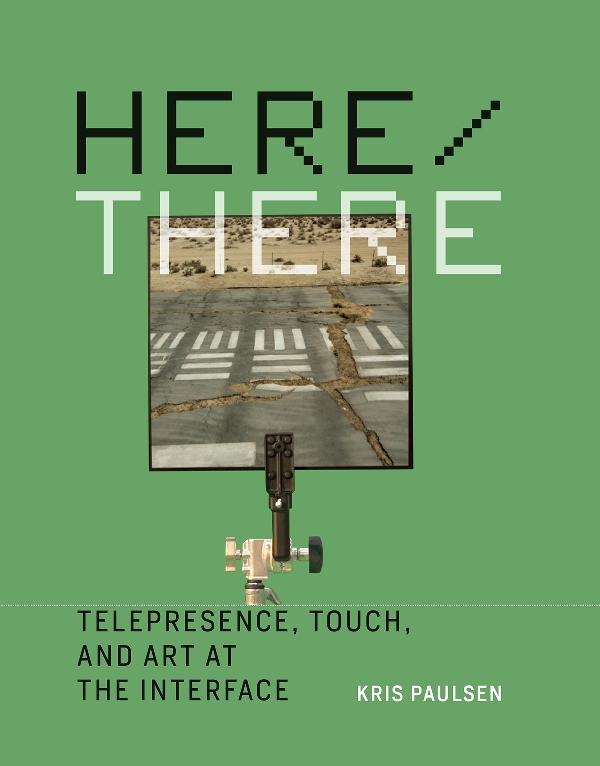 "Telepresence" allows us to feel present - through vision, hearing, and even touch - at a remote location by means of real-time communication technology. Networked devices such as video cameras and telerobots extend our corporeal agency into distant spaces. In Here/There, Kris Paulsen examines telepresence technologies through the lens of contemporary artistic experiments, from early video art through current "drone vision" works. Paulsen traces an arc of increasing interactivity, as video screens became spaces for communication and physical, tactile intervention. She explores the work of artists who took up these technological tools and questioned the aesthetic, social, and ethical stakes of media that allow us to manipulate and affect far-off environments and other people - to touch, metaphorically and literally, those who cannot touch us back.
Paulsen examines 1970s video artworks by Vito Acconci and Joan Jonas, live satellite performance projects by Kit Galloway and Sherrie Rabinowitz, and CCTV installations by Chris Burden. These early works, she argues, can help us make sense of the expansion of our senses by technologies that privilege real time over real space and model strategies for engagement and interaction with mediated others. They establish a political, aesthetic, and technological history for later works using cable TV infrastructures and the World Wide Web, including telerobotic works by Ken Goldberg and Wafaa Bilal and artworks about military drones by Trevor Paglen, Omar Fast, Hito Steyerl, and others. These works become a meeting place for here and there.

Kris Paulsen
Here/There. Telepresence, Touch, and Art at the Interface
The MIT Press
2017