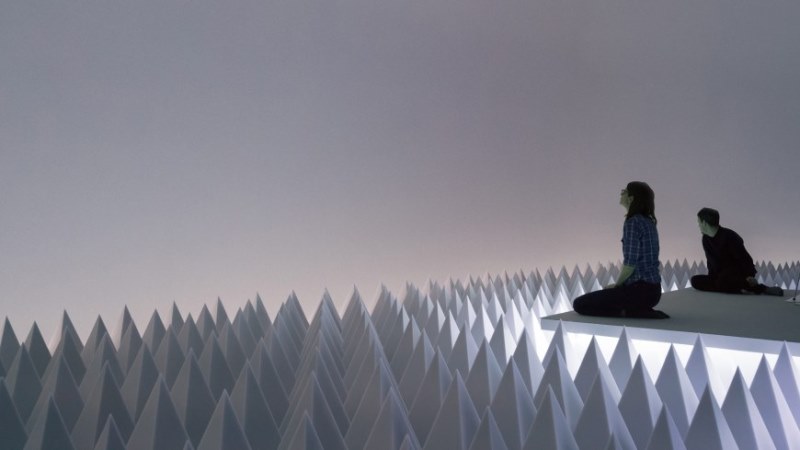 For PSAD Synthetic Desert III (1971), Doug Wheeler has altered the structure and configuration of a museum gallery in order to control optical and acoustic experience. He has transformed the room into a hermetic realm, a "semi-anechoic chamber" designed to minimize noise and induce a sensate impression of infinite space. Wheeler likens this sensation of light and sound to the perception of vast space in the deserts of northern Arizona. While Synthetic Desert is deeply grounded in the artist’s experience of the natural world, the work does not describe the landscape. Its form is strictly abstract.
Wheeler’s work is often associated with West Coast art after 1960, particularly a tendency referred to as Light and Space. The development of Light and Space coincides with Minimalism and shares with it a spare visual language of geometric form. During the early 1960s, Wheeler produced large white abstract paintings that explore pure optical experience. In the middle of the decade, he developed various techniques combining acrylic sheets, lacquer, and neon light, and used these methods in the fabrication of painting-like objects, including a series called "light encasements". When installed in modified all-white rooms, the encasements emit a hazy luminosity that causes the planar surface of each work to appear fused with the wall. Wheeler abandoned object making altogether in the late 1960s to create immersive environments such as Synthetic Desert, using architectural volume, light, and sound as his primary mediums. The Guggenheim’s production of Synthetic Desert, based on early drawings and completed in close collaboration with the artist, is the first realization of this work.