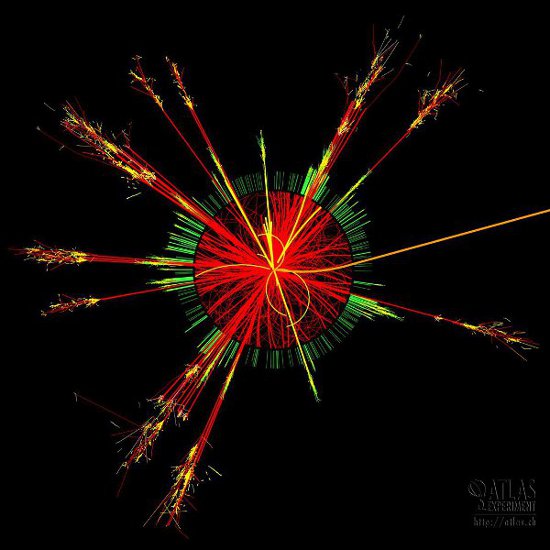 The European Organization for Nuclear Research (CERN) is featured in the new exhibition at Ars Electronica Center Linz. The show spotlights the history, organization and objectives of this extraordinary research facility at which 10,000 scientists are attempting to solve the mystery of The Big Bang. Their lab is the largest piece of scientific equipment humankind has ever built: the Large Hadron Collider. The Ars Electronica Center’s look at CERN thus focuses on a quintessential part of what it means to be human: our boundless passion for discovery and innovation. Read more

Linz. The results of the Prix Ars Electronica 2011

Ph:
An ATLAS collision event in which a microscopic-black-hole was produced in the collision of two protons.
Credit: "Visualization by Joao Pequenao, Atlas Experiment © 2011 CERN"