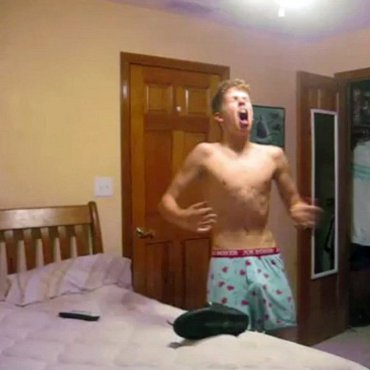 In Anonymous, untitled, dimensions variable, artist-provocateurs Eva and Franco Mattes aka 0100101110101101.org disrupt the safe environment and conventions of the art gallery. In a compelling cacophony of facts and fictions, performances are held in videogames, images are appropriated from random personal computers, a webcam suicide is simulated, fake sculptures are attributed to revered artists and potentially toxic artifacts sit next to stolen fragments of precious artworks and a hacked arcade game. By infiltrating mass-media, the internet, and the art world, the Mattes challenge authorship and originality, safety and privacy, to create a disturbing reflection of self and society. Eva and Franco Mattes’ first exhibition in London explores the unfolding narratives and unforeseen consequences of their interventions and subversive hoaxes in physical and virtual space. The intention to expose and question the art world’s established systems of validation and promotion becomes apparent in Catt (2010), a sculpture based on an internet meme (a collaged image that acquires specific meaning as it spreads online), depicting a taxidermied cat inside a cage on top of which perches a yellow canary. The piece was exhibited in Houston as an original work by the renowned artist Maurizio Cattelan. Apparently, no one questioned the authenticity of the artwork. In Stolen Pieces (1995, publicly revealed in 2010), a museum vitrine displays fragments of masterpieces discreetly stolen by the artists from museums all over the world, including a label peeled from the Jeff Koons’ equilibrium tank, a length of shoelace from a Claes Oldenburg soft sculpture, a little blob of lead from an installation by Joseph Beuys and a tiny chip of porcelain from Marcel Duchamp’s Fountain. A desire to liberate artwork from the power of the institution infuses Re-enactments (2007-2010), a live re-staging of historic performances inside Second Life, including Marina Abramovic’s Imponderabilia and Gilbert & George’s The Singing Sculpture. Working beyond art world confines, Eva and Franco Mattes orchestrate dramatic infiltrations in domestic environments, pushing for empathy and feelings of personal connection in a society de-sensitised by an overload of disturbing material and distanced from direct social interaction. In No Fun (2010), Franco’s apparent suicide in a webcam-based chat room prompted a chain of disconcerting reactions amongst the users; from hysterical laughter to absolute skepticism, including someone who dedicated a moving song to him and those who recorded the events on their mobile phones, further distributing the grotesque imagery. In Freedom (2010), an online performance in a war videogame, Eva Mattes seeks friendship rather than confrontation with the other players, only to find that, despite her repeated pleas not to be shot, she always meets a violent death. Spontaneous performances emerge in My Generation (2010), a collection of online clips of frustrated videogame players having violent outbursts. The Others (2011), a slide show of 10,000 photographs stolen from random personal computers, shows the material that never made it to Facebook profiles. One by one, the rhythmic passing of the images unveils both banal and shocking mementos of everyday life. Let Them Believe is a documentary revealing the story behind Plan C (2010)* a sculptural fairground ride constructed from metal smuggled into the UK after an undercover trip to Chernobyl’s “Exclusion Zone”. The mysterious attraction is modeled on a carnival ride they found in the Zone’s amusementpark, a gift to the people of Chernobyl from the Russian government. Never inaugurated, rumours say that it was only enjoyed once on the evacuation day - as a distraction to calm the threatened families. Pioneers of Net Art, Eva and Franco Mattes' practiceinhabits the web and skillfully subverts mass media to ultimately expand into and affectthe physical space. Their interventions and hoaxes can be traced to the subversive art movements of the Situationist International and Dada, in their diversion of existingcultural productions and the involvement of unaware audiences. Once the artists have released a provocation into the world, it mutates and evolves, dragging in a multiplicity of crowds and individuals, infecting prevailing standards in order to spark a moment of doubt…