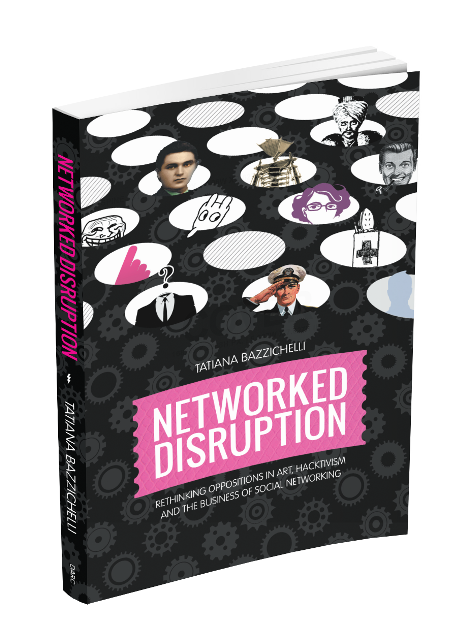 Networked Disruption.
Rethinking Oppositions in Art, Hacktivism and the Business of Social Networking

This book reflects on the meaning of disruptive practices in art, hacktivism and the business of social networking. After the emergence of Web 2.0 and social media, the critical framework of art and hacktivism has shifted from developing strategies of opposition to embarking on the art of disruption. By identifying the present contradictions within the economical and political framework of Web 2.0, hacker and artistic practices are analysed through business instead of in opposition to it. Shedding light on the mutual interferences between networking participation and disruptive business innovation, this research explores the current transformation in political and technological criticism. Connecting together disruptive practices of networked art and hacking in California and Europe, the author proposes a constellation of social networking projects that challenge the notion of power and hegemony, such as mail art, Neoism, The Church of the SubGenius, Luther Blissett, Anonymous, Anna Adamolo, Les Liens Invisibles, the Telekommunisten collective, The San Francisco Suicide Club, The Cacophony Society, the early Burning Man Festival, the NoiseBridge hackerspace, and many others.