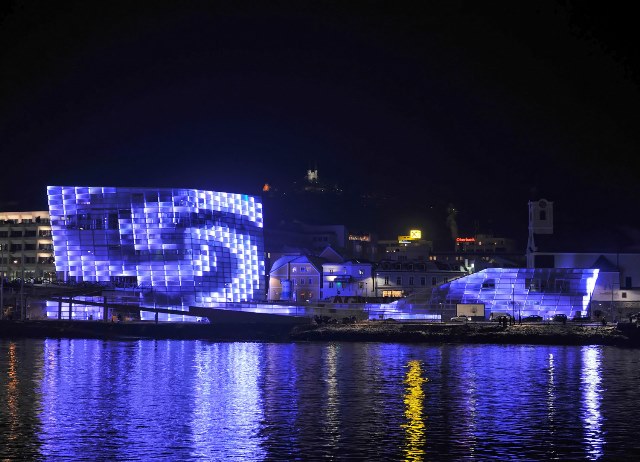 Connecting Cities is a network that includes such top-name facilities as the Ars Electronica Futurelab, Medialab-Prado in Madrid, Berlin’s Public Art Lab, and FACT in Liverpool. It’s an endeavor to build up connected worldwide infrastructure of media facades, urban screens and projection sites to circulate artistic and social content, and thus create real-time interaction possibilities among geographically distant cities. Participatory City 2014 is a Connecting Cities initiative to investigate the extent to which urban screens and LED façades can serve as catalysts for encounter and platforms for urban activism, and whether they can help to impart the network’s bold expectations and visions to its European neighbors. Now, artists are invited to submit project proposals to http://submissions.amberplatform.org. Entry deadline is October 20, 2013.