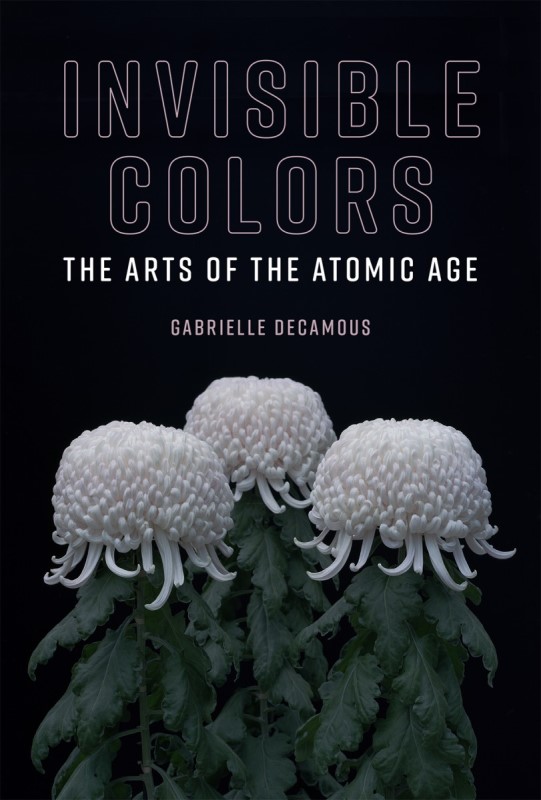 The effects of radiation are invisible, but art can make it and its effects visible. Artwork created in response to the events of the nuclear era allow us to see them in a different way. In Invisible Colors, Gabrielle Decamous explores the atomic age from the perspective of the arts, investigating atomic-related art inspired by the work of Marie Curie, the bombings of Hiroshima and Nagasaki, the disaster at Fukushima, and other episodes in nuclear history. Decamous looks at the "Radium Literature" based on the work and life of Marie Curie; “A-Bomb literature” by Hibakusha (bomb survivor) artists from Nagasaki and Hiroshima; responses to the bombings by Western artists and writers; art from the irradiated landscapes of the Cold War - nuclear test sites and uranium mines, mainly in the Pacific and some African nations; and nuclear accidents in Fukushima, Chernobyl, and Three Mile Island. She finds that the artistic voices of the East are often drowned out by those of the West. Hibakusha art and Japanese photographs of the bombing are little known in the West and were censored; poetry from the Marshall Islands and Moruroa is also largely unknown; Western theatrical and cinematic works focus on heroic scientists, military men, and the atomic mushroom cloud rather than the aftermath of the bombings. Emphasizing art by artists who were present at these nuclear events - the "global Hibakusha" - rather than those reacting at a distance, Decamous puts Eastern and Western art in dialogue, analyzing the aesthetics and the ethics of nuclear representation.