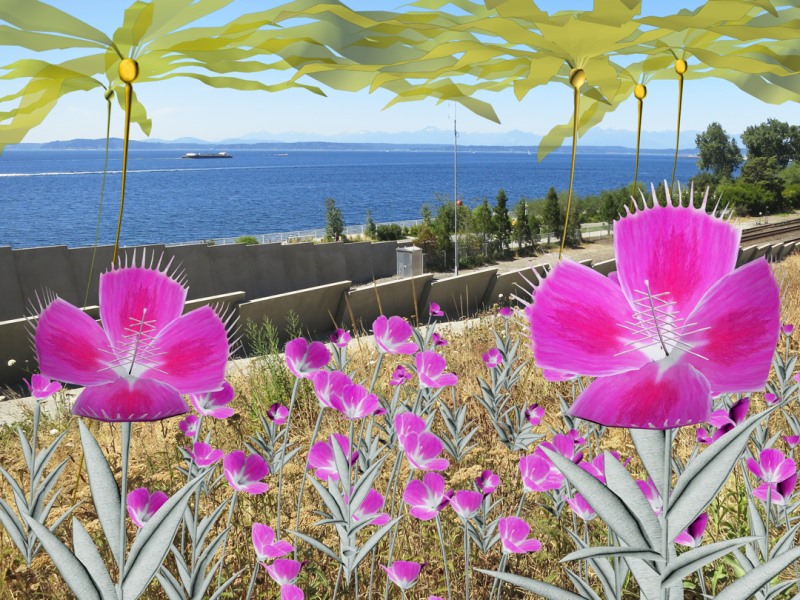 Tamiko Thiel’s augmented reality installation imagines the near future landscape of the Anthropocene - a new geologic time period that bears the imprint of human activity. In Thiel’s virtual world, native plants grow and mutate in response to the earth’s changing conditions, adapting to the evolving climate and altering the landscape as we know it. Some of the transformations envisioned by the artist include bullwhip kelp flying high above sea level or street signs whirling in the air. While these images may seem surreal, they point to a dystopian future where the natural world has been irrevocably impacted by mankind.
This is not a static view, but an immersive and interactive environment. Using an app as her platform, Thiel invites you to move around the Olympic Sculpture Park and view it in its modified state through your smartphone or tablet. Discover a new epoch as plant life takes over the terrain.

Tamiko Thiel
Gardens of the Anthropocene